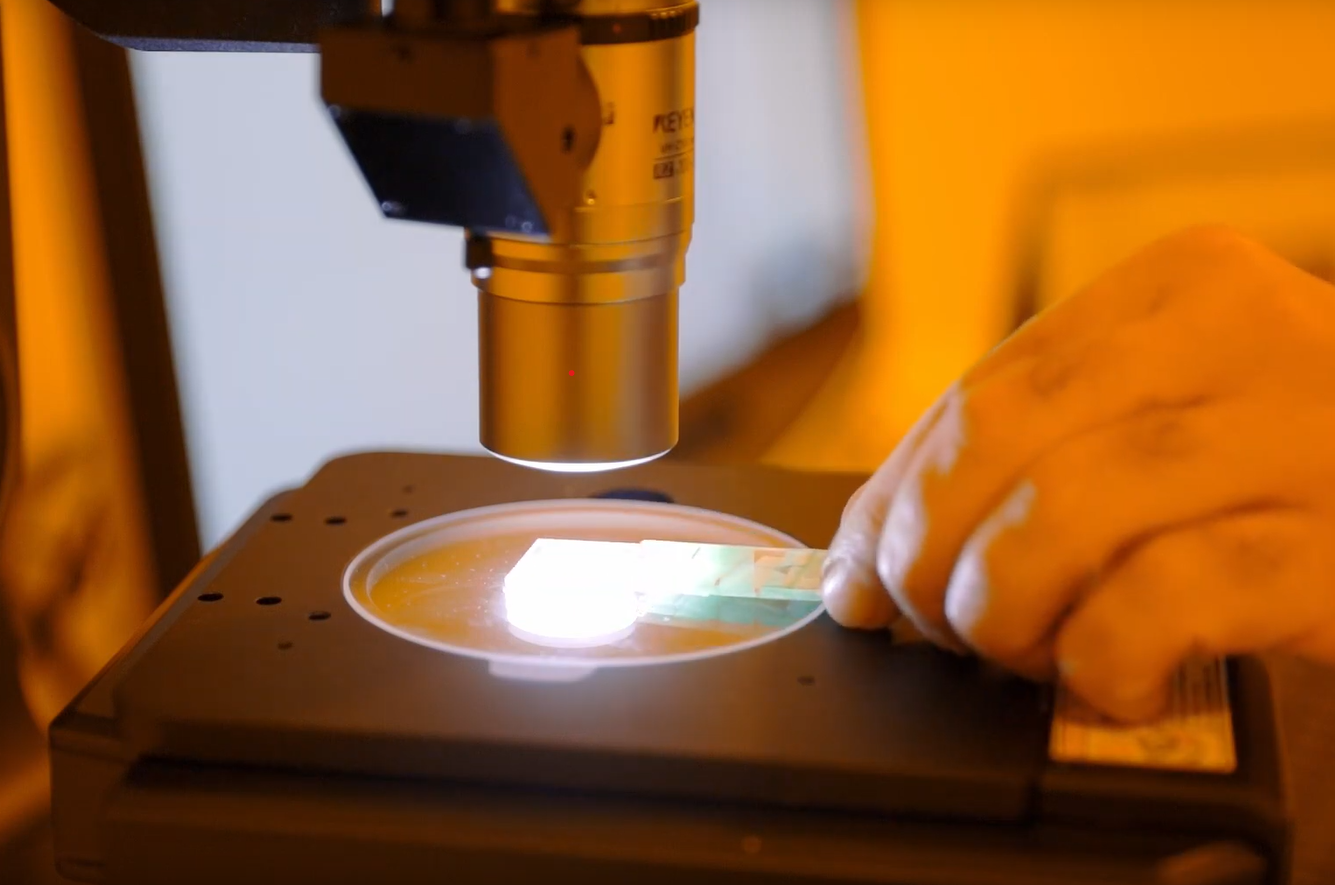 A unique device offering extraordinary possibilities has appeared at the Warsaw University of Technology – the Nanoscribe Photonic Professional GT2 printer, which allows you to produce three-dimensional objects in very high resolution.

The device is based on the two-photon absorption method, in which a pair of photons takes part in the polymerization of a single chemical particle. By adjusting the parameters of the laser beam, researchers are able to harden the polymer only at the focus of the beam. The smallest shape that can be hardened is called a voxel and can be treated as the equivalent of pixels known e.g. with two-dimensional displays.

The voxels obtained thanks to the newly purchased device have a shape similar to … oscypek with a diameter of about 100 nanometers and not much higher. Precise change of the position of the laser focus and multiple hardening of successive voxels allows to obtain complex three-dimensional objects with record-high spatial resolution equal to the dimensions of the voxel.

The device, like any other 3D printer, will allow you to print virtually any three-dimensional objects on a micro scale. This means that researchers from the Warsaw University of Technology have just gained the ability to produce various microstructures, including microchannels, microlenses and other micro-optical elements, microrobot components and micromechanical systems. The equipment is universal enough to be widely used in many areas of research, in particular in microoptics, biophotonics, microelectronics, robotics and microfluidics. The final scope of application of the device is limited only by the ingenuity of our research workers, doctoral students and students.

We encourage research teams from the entire Warsaw University of Technology to cooperate and use the equipment in their research.